We are very excited to announce……….. We’ve purchased a CNC Router! With the help from all of the support over the summer, through the Gael Force 5k Fun Run, Clinton’s Olde Home Day, and the generous donations received in between, the team was able to purchase a ShopSabre Pro 404. With this machine, students will be able to learn about the world of computer aided manufacturing. Thank you to all the supporters who have allowed us to mold the future. #WeAreOne #TeamSabre 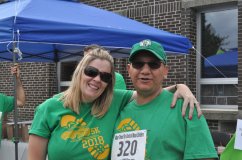 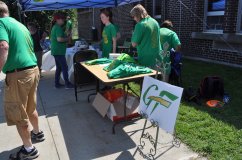 Thank you everyone who came out to support our team with our first ever 5k (or mile….) event! While we still need to work out the kinks, we have learned how to be better next year, so thank you for all your understanding. Thanks to all the community sponsors and donators who have help us put on this event and who have contributed to hands-on STEM education in Clinton! Through this event, we were able to offset the cost of a CNC Router which will be used in the program and available for the Clinton Public Schools to use.

At the event, we also unveiled the new alternate logo which will be used in addition to the original logo. Thanks to everyone who submitted a vote in our poll!

Check out our facebook page to see more pictures from the event: https://www.facebook.com/FRC126/

Recently, students at Clinton High have been going through old pictures and VHS videos and uploading them to YouTube. They happened to come across this video, the 1992 FIRST Championship where Gael Force won!

This weekend, May 19th and 20th, we’ll be competing in BattleCry 19, an off-season event held at WPI.  This event is like any other competition but there is usually a special twist added to make the game even more challenging.

Admission is free to the public and we would love if you came to check it out!

The schedule of events:

If you cannot make it to the event but want to watch online, you can visit the NE FIRST Twitch page to watch all the action!

For more information on the event, please visit the BattleCry19 website.

We had an amazing time at the FIRST World Championship in Detroit, being able to see some of the best teams in the world and competing with and against them was an experience unlike any other. 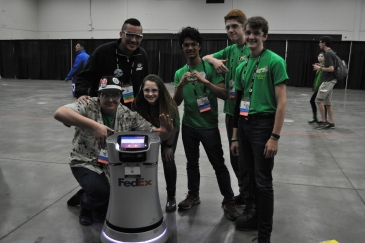 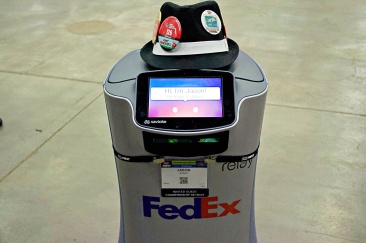 Our first day at champs was dedicated to getting settled in and exploring the Cobo center.  We got to go to the Innovation Faire and see the new technologies coming out in the world. We saw Jason, the FedEx robot, a jet engine, and robotic hands that could play tic-tac-toe and solve a rubix cube. It’s inspiring to see the new tech coming out in the world and how much STEM is advancing. 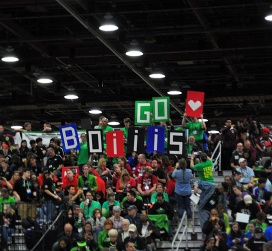 Day two was filled with qualification matches, after our five matches of the day we ended up ranked 14th. The strategy team filled the stands with spirit and the drive team felt the love at the end of the day. To say we were feeling good after day two would have been an understatement!

We had five more qualification matches on day 3, we won some, we lost some, but we had a great time! We ranked 26th at the end of the day and we were able to talk to many teams throughout the day, gaining connections and building relationships with FIRST teams near and far. 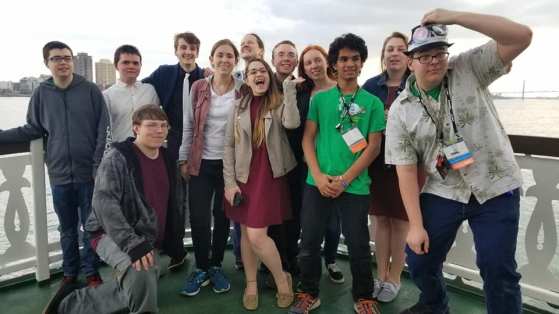 We also got to go on the Detroit Princess Riverboat that evening, sailing between the Canadian and United States border. We danced the night away and had such a fun time seeing the views! 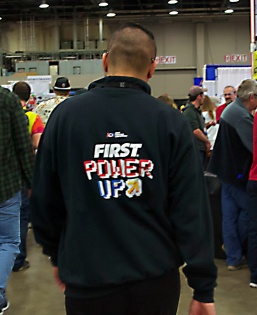 On Saturday, the last day of competition, there was alliance selections. While we were hoping to get picked for the playoffs, the odds were not in our favor. We were, however, very excited to cheer on 195, Cyber Knights from Connecticut, who was picked by the number one alliance for the playoffs- they even made it to the Einstein round robin! We were also able to travel out into the city a little and got Detroit deep dish pizza from Buddy’s! Next year we’re hoping to find Detroit’s best Coney Dogs.

Our time in Detroit made us so excited for next year! They released the name of the 2019 game, Deep Space, we can’t wait to see what the game will be like and how we can improve after this season.

We want to thank everyone who supported us this season, from the Clinton community to our wonderful sponsors, we would not be able to do FIRST without you!

We’re so excited to be able to compete at the FIRST Championship for a 27th year! We’re honored to be able to represent our sponsors, school, community, and alumni at this event. To learn more about the event in Detroit, MI you can click the following link: https://www.firstchampionship.org/detroit-home

If you would like to see the Twitch live stream of the event as a whole, click here: https://www.twitch.tv/firstinspires